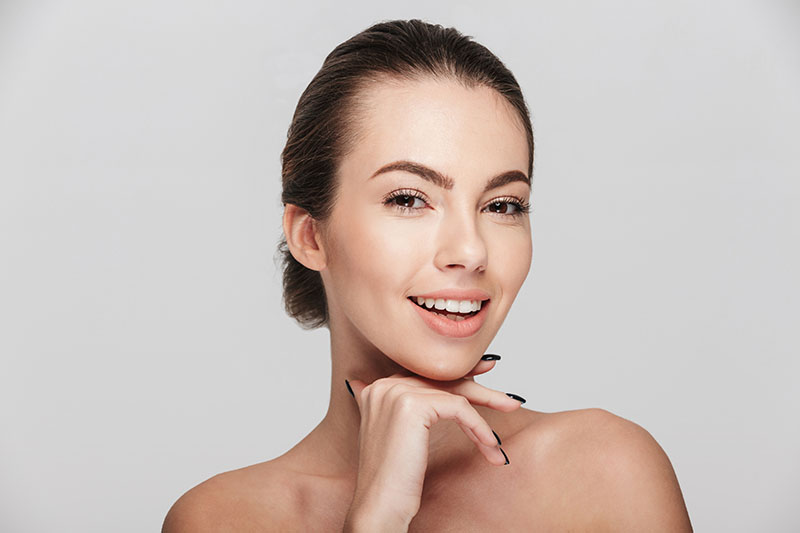 When you hear the word “neurotoxins”, you may immediately assume that is something you should avoid, but in reality, neurotoxins are all around us. They provide a variety of lifesaving functions in vaccines and certain medications. The have been used for decades in the treatment of a wide range of medical issues such as tight muscles, spasticity, stuttering, bladder dysfunction, reflux, and migraines and now more commonly known for its cosmetic purposes.

In the beauty world, neurotoxins are used safely and effectively in a variety of procedures. Wondering why they’re so safe? Here’s what you need to know.

The History of Botulinum Toxin

In the 1950s, researchers discovered that injecting very small quantities of botulinum toxin into overactive muscles can stop contractions for four to six months. After several decades of research, the medical community started to use botulinum toxin to treat blepharospasms, or the tight closure of the eyelids. These patients also noticed improvements with their upper facial rhytides, or wrinkles, and as a result, the U.S. Food and Drug Administration (FDA) approved botulinum toxin type A (BTA) for glabellar rhytides (the wrinkles between your eyebrows).

While most wrinkles are caused by age-related changes to the amount of collagen in your skin, the dynamic hyperfunctional lines associated with glabellar rhytides are caused when underlying facial muscles contract and pull on the skin. Injecting botulinum toxin into these sites prevents those unnecessary movements and by extension erases wrinkles in that area. Essentially, the botulinum toxin prevents the release of acetylcholine at the neuromuscular junction, or in lay terms, prevents the release of the natural chemical from the nerve endings that makes muscles move.

Now, neurotoxins are widely used on the lower face to help with lines around the mouth and chin as well as to treat horizontal lines on the neck. The three most common medications made with botulinum toxin are Botox, Xeomin, and Dysport.

Botox is made from Onabotulinumtoxin-A  According to information collected by the American Academy of Facial Plastic and Reconstructive Surgery, Botox is the most common cosmetic procedure performed in the United States, and in over 20 years of usage, there have been no serious side effects or issues reported. Cosmetically, Botox helps treat lines on your forehead, around your eyes, near your mouth, and even on your neck. Because of the way Botox works, it only helps with lines caused by facial movements and muscular contractions. It’s not effective for lines caused by sun damage or gravity or lines that are present at rest.

The second neurotoxin approved by the FDA in 2009 is Dysport which is made with Abobotulinumtoxin-A. Patients use Dysport both as a cosmetic and a medical treatment for issues such as limb spasticity, cervical dystonia, and glabellar lines. Like Botox and Xeomin, Dysport helps to create subtle, natural looking changes to the face. It can reduce or smooth wrinkles in the same areas where people tend to use Botox and Xeomin, and it doesn’t stop emotions from shining through your facial expressions. The process takes just 10 to 20 minutes, and within a day or two, you will notice welcome changes to your face, neck, or other treated areas.

In 2010, the FDA approved Xeomin, which contains the neurotoxin Incobotulinumtoxin-A. Xeomin has been deemed to be safe and effective in a number of studies, the most prominent of which was published in the Journal of Neurological Sciences. Now, this treatment is approved in over 20 countries, and it has been used safely by people around the world.

People use Xeomin to reduce the appearance of moderate to severe frown lines as well as crow’s feet and forehead wrinkles. The injections help reduce the appearance of fatigue and can help you look more relaxed and refreshed. Your winkles become smoother, while your brows are lifted and eyelids opened. Like Botox and Dysport, Xeomin also works by temporarily blocking nerve activity in the area around the muscles. It’s known also highly purified, and clinically proven to work.

With all of these treatments, the risk of migration from the site of injection is nominal so you don’t have to worry about affecting other muscles experiencing unwanted side effects. That said, neurotoxins need to be handled and administered by a professional. If you want the most  effective results, contact us at the Elizabeth Roche, MD MedSpa today.